.  There is often some bright speck, a teeny-weeny glint, in the midst of devastation. Often this tiny glimmer of good goes unseen for years, decades, even centuries. I’m sure there have been major disasters where no bright side was ever found, the loss being only that. A loss. Losses. Deaths. Dying.

.  We could only see that, if we got tunnel vision with this Covid Pandemic. Only the disease, the fear, the grief, the bodies stacked up like cord wood. It could just open it’s huge great-white-shark-sized mouth with it’s blood-covered-razor-sharp giant teeth and swallow us whole. Then our lives will have ended, with a dark shroud of sadness enveloping our memory. Is this how you are feeling? Are you frightened?

.         It certainly is a normal reaction to this situation. But there IS a silver lining… Have you heard about the animals? They are coming out of the woods, out of the forests, out of the bushes, out of the darkest recesses and back into the sunlight! With humans staying quiet, staying out of their cars, letting the Earth rest from it’s gasping, the animals are out!!! It thrills me, it brings joy to my weary heart to see images of river otters playing in a grassy median, rolling and romping, and laughing!(I’m sure they are laughing, they have to be!)

.  I see cardinals again , and osprey flying low. I hear owls, and see ‘coons and possum. Oh, I know, I’m talking about “less desirable”wildlife, but let me tell you, it fills my heart near to bursting. As a child I would read “Born Free”and Miss Anderson’s Cheetah stories, gobbling up the word images of animals running free across African Savannahs. I dreamed nightly about my wild Stallion that I would ride someday, and about Bambi becoming a Stag. 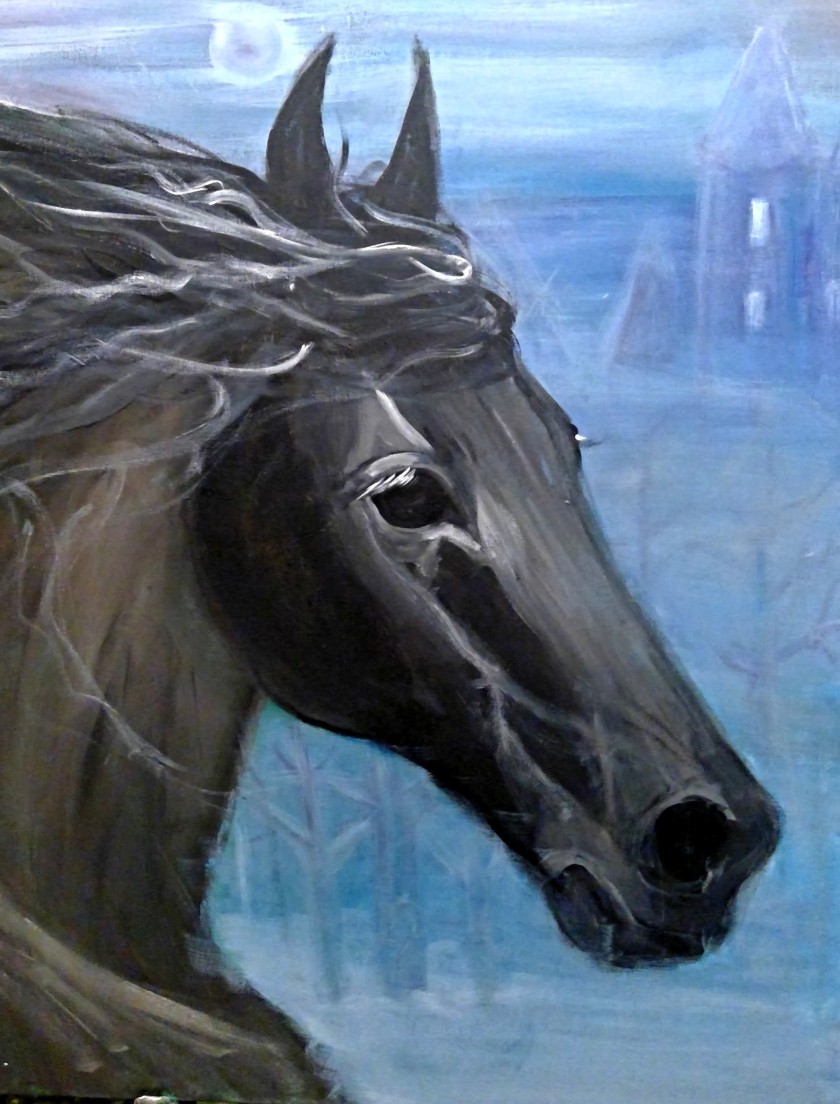 .  My Mom’s Bible Study books had images of happy people hugging lions and petting tigers, and I physically yearned for those images to come true. As I learned about God and thought about His love in creating puppies and kittens, I found Bible passages that promised a paradise one day. And as the years have past my faith has become brighter, and the day for me to hug a white tiger, or play with a wolf pup has gotten closer ,too. 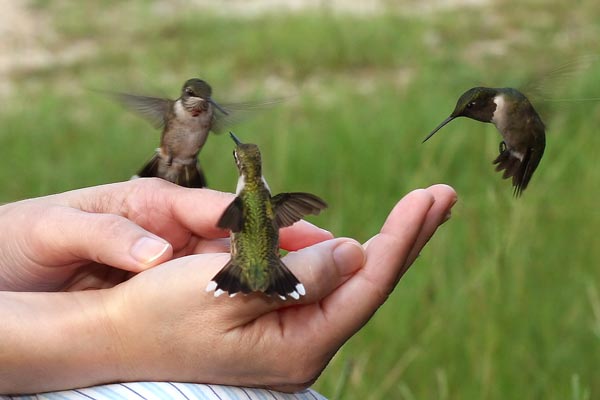 .  Yes, there is much sadness, sickness and death. There is injustice and corruption and pollution. And , sadly, there are worse things to come in the future, no matter where you live on this planet. But it all is bringing us closer each day to God’s fulfilled promises, such as the end of wickedness, pain, crime and hatred. To days of joyful work for humans, building houses, planting gardens. Many people think that God is causing this horrible pandemic, and that He is a God who throws people into Firey Hell.

.  I have studied the Bible with Jehovah’s Witnesses for many years, and was baptized in 2003…but I had many things that I changed, only with God’s help. I was a  full blown drug addict and alcoholic for 23 years, beginning at age 13. I only knew abusive and violent relationships, having my nose broken twice, being tied to a tree, stabbed and shot at, being choked unconscious more than once, and more. All this by my own husband. By the time I was 33, I looked like a 50 year old, and I felt 100. I had so many health problems, pain was my constant companion and still is. I smoked Crack, Pot, snorted coke, meth and used drugs intravenously for years. I drank my first beer most days by 9am, and lit my first cigarette before my eyes were open in the morning. I now have PTSD, and COPD. I had Hep C . I was dying and wished I was dead. Finally, before my husband killed me, he was arrested by the ATF and was convicted as a habitual offender, 15 years to life. 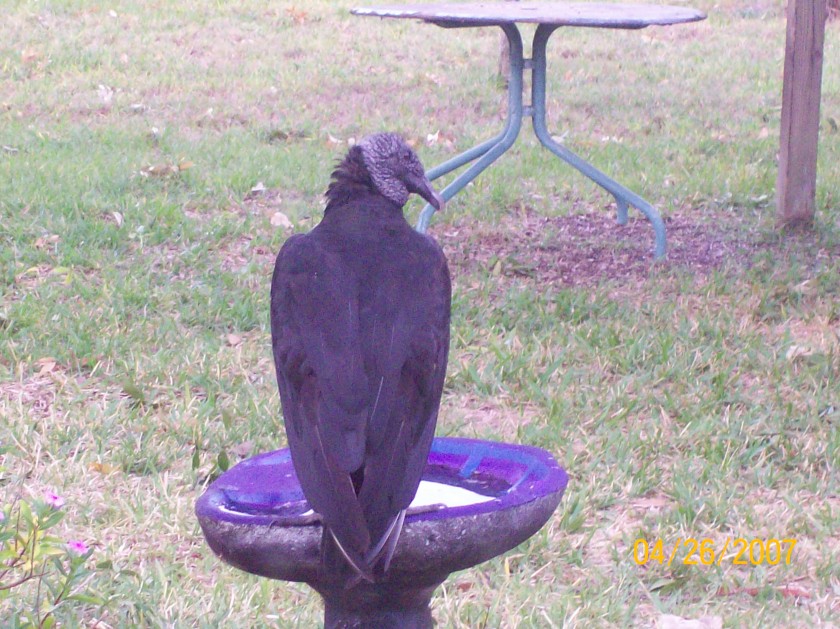 .  Oh, how I cried. I thought my world had ended. I really went wild. He wanted me to work with the law to get his sentence reduced, I thought ATF agents were behind every tree. I refused to work with the Feds, because I thought I was smarter than them. I hooked up with a member of a MC club, and planned to tell the FBI about it… After all the humiliation and abuse they told me they would never use any info I gave them…I wanted to die… But I didn’t.

.  I called my Mom, and begged to come home. She let me. I was the proverbial daughter. Near death and bankrupt in every way I moved back to my parent’s house.

Lots of things happened that I could go on about. Bad things. And worse things.

.  But there was a glimmer, a glint of good in all that mire I was in…

.  I got on my knees before I took the last step to suicide, and I begged, pleaded, beseeched, cried and screamed my anguish and remorse out to God.

. I was able to get clean and sober, 21 years ago this September. I quit smoking the next year. And then, after calling God my “Higher Power”in AA for another year I learned that God , Jehovah God, could and would and did forgive me. 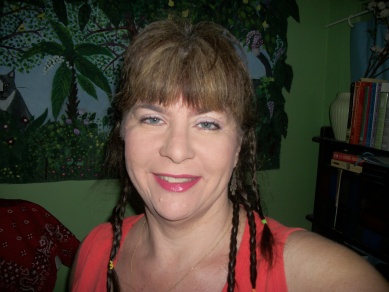 seems like an eternity ago, when my hair was long, and I still felt pretty. This is before all the accidents, surgeries and injuries and before Mom died.

.    You can feel this forgiveness too. I hope you do. Then I can meet you, in paradise on earth when all this badness is finished, for good.

(if you want to learn like I did, JW.org is where to go… You’ll  be able to read and study the Bible, watch videos and learn precious truths…and you will learn how God sent His Son, Jesus to sacrifice his life for ALL humans…yep, me…and YOU TOO !!!) 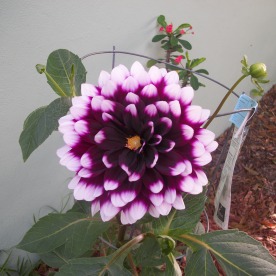 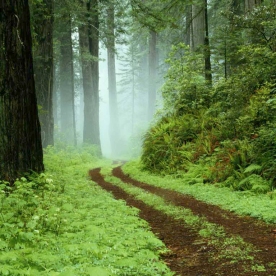 It is very dry here in South Florida. I mean popcorn-fart dry. I do not enjoy these droughts we have, I am sure no one else does. I find it particularly painful to watch all the foliage crisping up while I sprinkle my whole Social Security check’s worth of water onto it. In futility, like a dog chasing it’s tail.

I save what I can, moving the plants who still have a chance into shady areas, and setting up areas close to the water hose where I can set the most fragile ones, to be watered daily. We have a very large lot for this area, I like to see the astonishment on my friend’s faces when I show them my backyard garden with the most enormous oak they have ever seen. And my most beautiful gardens. Actually it is God’s garden, I just tend it.

I have been very fortunate to have worked with a Master Gardener in a Paradise called Sailfish Point on the very southernmost tip of Hutchinson Island. His name was Lynn, and he knew the nuts and bolts of every plant that grows here. How to grow it, feed it, water and prune it, until it gives the most glorious display. And I tried, every day, to absorb some small kernel of his knowledge. Any tree or flower growing on that golf course was fair game for me to take a seedling, a cutting, a pod- even an entire plant-if Lynn gave me the green light. This property has some interesting specimen plants who had their roots (ha ha!!) on Sailfish Point. This is a favorite of mine, he called it a “Pine Palm”, and I have only ever seen these near the ocean.

It actually looks much better than it did when this was taken- I have since learned to keep the centers of each group of fronds as dry as possible, or they start to rot. I eventually had to prune the whole near left section off for this very reason. I had not noticed in time that my sprinkler was dropping exactly over the center of that bunch of fronds. The tree frogs told me about it. I believe that, on the wind-swept dunes near the beach where this species grows naturally, the stiff ocean breeze would keep these trees quite dry. One thing I did learn when landscaping: Pay attention to the plants natural surroundings, and plant in as similar a position as you can.

This means that if your new shrub came from the sunny side of a slope, but under a tree that shades it in the late afternoon, then you should give it a well-drained west facing partially shaded spot. Shady in the late afternoon, that is. And pay attention to the soil where your specimen came from. Sand? Deep moist black earth? (Boy, I wish we had that here!!! That is what Pennsylvania earth is like, in the western Appalachian foothills.)

Anyway, I digress. Just be an observant gardener, and your results will please you and make all your girlfriends jealous when they come over for coffee. Another great trick to fool them into thinking you are a master gardener is to find some cheap, aged pots and planters from a Thrift store and fill them with good potting mix and fresh. blooming annuals from a nursery. Then just make sure to tend to these three or four, moving them from place to place near your front walkway or doorstoop (stoop?) (stop?) area. Even if the rest of your yard looks like poo, keep tending these few- Miracle Grow anyone?-and you will blow them all away with your mad skills. Observe:

See how the yard is pretty plain behind my little front patch of flowers? I am SO sneaky! I rearrange the pots as some flowers fade or I just have a whim, taking the shabby looking pots around back to be reworked at a later date.

And I just love taking objects that totally look like they do not belong outside and placing them around my garden for focal points. Broken plates (pretty ones) make nice edging, old chairs you were going to throw away make a great plant stand with a coat of bright spray paint!

That old carved owl was a throw away from a friend- I kept it in the garden till it just fell all apart. and we had bunches of leftover ceramic tile from when I did the house, so Dad started using it to edge the beds, and it looks pretty spiffy

I Has been fun sharing this with you all, I feel ready for my own T.V. show now:

I am keeping my prayers focused on Jehovah’s promises for a new world where righteousness will dwell, and where there will be no more pain, suffering, war or death. I pray that we can all be there one day soon.! I’m ready to live in a peaceful world!