I have been keeping a journal since 1976, but I’m a little behind the curve on blogging. I am not quite sure how to do this, or how it will turn out. However, I love to learn, and understand that I will make mistakes in the process. I’m not sure that everyone feels this way,
I see many people in the news who have trouble admitting they were wrong. So much trouble that they have to resort to shooting someone, or injuring someone to prove their rightness. When I was in high school in the late 70’s, in a large suburb, none of my peers ever thought about bringing weapons to school. And I was one of the “burnouts”, so I knew almost all the bad kids. If anyone had a weapon it was a pocket knife on a martial-arts type weapon. And these were never used to hurt anyone, just to show off with.
But I turned to drugs and alcohol, and I also turned violent. When I left public school and my addiction progressed, I took pleasure in fighting. I enjoyed being mean to people who were different than myself. I was ignorant and cruel, and predjudiced because it was popular with the gang I hung out with. But inside my gut, I was sick of myself. I had an inner voice that was telling me to stop hating, to stop doing immoral things. Over the years I squashed this voice, I drown it own, I drank it into silence. I tried suicide more than once to shut the voice up completely, but I was (thankfully) unsuccessful.

To help you to understand who I am, and how I became this person, I would like to share various life-shaping incidents with you. I want to try, through sharing my experiences, to help you readers identify and shape your own life’s journey, and to do this with less fear. I do not want to preach, and I absolutely do not suggest or recommend any sort of health treatment, or suggest how one should live. I do want to entertain, to excite, to rouse you with my writing. I hope I do not bring back sad memories to anyone, but in this blog I will share my experiences with the loss of loved ones, so please be forewarned. I will also talk about my experiences with Addiction, Depression, Bipolar Disorder, Cancer and Dementia, as well as other illnesses. I always want to share HOPE with you. I hope you choose to read my work, and I hope my writing brings you pleasure. Read on!!

One summer day, while attending a picnic that my Dad’s company had hosted, I watched my “then” boyfriend get mean-drunk. He began to stumble around, and to say bad things to me about my family, so I convinced him to leave. On the way home , he became more and more verbally abusive, until I asked him to just drop me off at my house. He veered up to the curb in front of my house and then sped off before I could get out. We had taken some LSD before the party but it had not been an enjoyable trip, now I was just exhausted. I begged him to stop the car, and when he did not-I just opened the door and jumped out.
The pavement came up fast and hard to connect with my head, and I was unconscious for a few moments. When I came to all the neighbors had surrounded me , and had carried my back to my house. I still remembering the boyfriend standing in the background saying,” She just jumped out! I don’t know why she jumped out!”
They laid me on the couch in the living room while my father got the story straight. My boyfriend kept trying to get in the front door, and my dad kept shouting at him to leave. Finally, the boyfriend, in his drunken insanity turned to my father and said, ” Mr. Kikonizzy- you are a real @#&$ head!” Well, that was all it took. My short, stocky Sicilian father blew up to the size of Arnold Schwartzenegger, and bodily lifted up the idiot and threw him approximately six feet across the yard! I was never so proud of my dad.

I wound up breaking up with that fellow, but the incident was a catalyst for change in that I was questioned about drug use at the emergency room that night, and I finally told my Mom the truth about my drug use. She was flabbergasted to find that, at 15 years old, I was a regular pot smoker, alcoholic, and had tried or regularly used cocaine, speed, crystal meth, LSD, mescaline, Quaaludes and ant other drug that had been offered to me. I did not confide in her at that time to the gang rape or physical and sexual abuse I had suffered since I was 13.( She was shocked and saddened enough, I could not confess to any more.)

We truly became friends after that, she opened up to me about her doubts and fears as a mother, and about her deteriorating relationship with my perpetually rotten father. We could see the outline of the bigger problems that had shaped our relationships, and meetings with a child psychologist began. I now had someone I could tell my fears to, and after I was done trying to shock her I started to hear the voice of my childhood self again. It was not very loud, but I knew that the real Kiko was still inside, wanting out.
This peaceful time was soon to end, but for the meantime I felt loved and safe… (to be continued…) 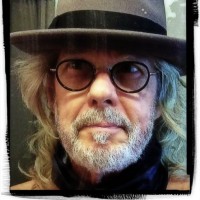